The Running Boar - a year on 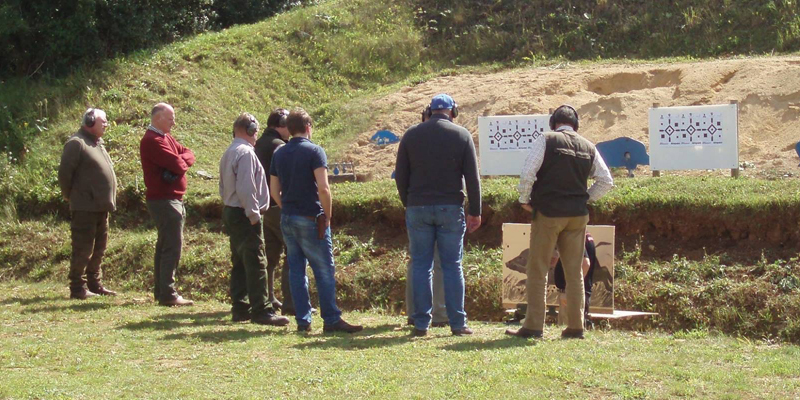 The Running Boar - a year on

Going the whole hog ahead of the game!

Back in 2012, I started giving some thought to a moving target system, one that would provide a realistic simulation, whilst allowing the use of the shooters choice of calibre. In short, I wanted the most realistic moving target system in the UK to date. Initial enquiries led me to the continent, where driven boar shooters take their shooting and practice far more seriously than we do. Anyone who has visited the practice facilities the continentals have cannot fail to be impressed. Sadly, in the UK, we don’t share this ethos when it comes to firearms training and practice. A large proportion of UK rifle shooters see practice and training as unnecessary, generally those who shout loudest about the lack of facilities. Unfortunately, the cost of even the most basic system coupled with the planning and groundwork put something of a dampener on the project.

There was absolutely no point doing this by halves; it was all or nothing. Short of a lottery windfall the project looked like a non-starter and was shelved until I could come up with a solution. What I had to do was come up with a way of funding part of the build; enter the Running Boar club, which was the end result of hours of number crunching and deliberation, along with no short measure of optimism and blind faith. A few people had expressed what appeared to be a serious interest and when approached, signed up immediately. Unfortunately, a similar number failed to follow through with their promises. By July 2014, I was almost ready to press the button. The only stumbling block was which trap to go for? Laporte and Promatic both made a suitable rig, but after a lengthy consultation with Promatic and a few people in the know, we settled on the British Promatictrap; the best all rounder by a long way. A chance conversation at the 2014 CLA Game fair sealed the deal.

Mark Curtis, of A1 Decoy, came to see me whilst I was helping out on the Blaser stand. He was obviously keen to have an easily accessible running boar range and had heard of my plans. Conveniently, he knew the powers that be at Promatic and after a few phone calls we had struck a deal. In January 2015 we started planning the groundwork. Our original Range engineer was brought back and the work scheduled for February/March, with the rig being fitted and commissioned in April. Ideally, I wanted to be up and running for when our new sponsor, Aimpoint, came to visit us in June. Throughout our time we have not been publicity seekers’, we prefer to rely on word of mouth and recommendations. But it soon became apparent that word was spreading fast: news of a facility that catered for the exact needs of driven boar shooters was getting around. As soon as the Boar range was commissioned the phone started ringing; it was clear that the leap of faith had been worth it. Others who had held back, waiting to see if someone would actually build a running boar range, soon outnumbered the running boar club (RBC) members. I was astounded and delighted, at just how far people would travel to shoot the targets on offer, with clients travelling from as far afield as Yorkshire. However, none of it would have been possible without the faith shown by the original RBC members.

Since our inception in 2008, our mantra has been training and tuition on realistic and practical targets, within the scope and ability of the majority of rifle shooters, and whilst there is a place for specialist ranges that offer something different, such as the long range facilities like Orion, there is nowhere in the UK better placed to provide the regular sporting rifle shooter with all their needs. Please don’t think this is an idle boast, but in all the years I have been open, never have I had anyone go away thinking they were not given great value for money and now I had the running boar range, this became even more apparent. During the last few years, sporting rifle shooting has grown at an encouraging pace, and as a result the number of Firearms Certificates in circulation is at an all time high since the pistol ban. Personally, I think this is due to a huge number of game shooters (shotgun shooters), becoming a little bored with their shooting, realising the scope of what rifle shooting has to offer with perhaps one of the most natural progressions being driven flying game, to driven ground game. Before I built and installed the RBR, (Running Boar Range), I studied the needs and wants of the market very carefully. It was very clear, there were plenty of serious shooters who desperately wanted a private running boar range to practice on before indulging in their passion. More importantly, those individuals were willing to support a new venture, a range where they could come for an hour or two, perhaps with friends, for some realistic practice before the real thing and into the bargain, could get coaching and tips which could visibly improve their kill rate, then so much the better. What followed was the steepest and fastest learning curve of my life.

Due to the lack of moving target ranges in the UK, it is doubtful that anyone could claim to be as proficient as our continental cousins when it comes to shooting moving game with a rifle. However, a few weeks in, with a lot of ammunition expended, in the right tools for the job, I began to understand the ethos of our friends over the channel. A Year On. We have all heard the old adage, ‘Practice makes perfect’, so why do so few rifle shots practice the shots and positions needed in the field? Is it because we are all born hunters? Well, partly. Rifle shooters, by and large, believe that they are actually better than they are. I see it week in, week out. Thankfully nowadays, we have a different breed of rifle shooter emerging; one who appreciates that whilst practice may not make them perfect, it will significantly improve their chances of making a clean, effective and humane shot when it counts. Strangely and thankfully, rifle shots taking on moving targets see practice as an essential part of the process.

The two most critical factors when shooting driven ground game, (whether it boar or deer,) are gun fit and optics. Period. Let us think about this for a minute. How many rifle shooters are shotgun shooters? The vast majority I would warrant. Why then, do so few pay so little regard to the fit of their rifle, while agonising for so long over the fit of a scattergun, which is many times less accurate than a rifle? Is the penny dropping now? Here’s a test. Mount your rifle like your shotgun; tuck it into your cheek properly, just like your treasured shotgun. What can you see? Try it, I bet you’ll be surprised. Rifle stocks are built one size fits all. Open sights or telescopic sights, the same. How on earth can we be expected to place a single projectile, travelling at over 2000mph, accurately, when the gun doesn’t fit? Gun fit is of paramount importance, almost every rifle stock I have seen and shot is too low in the comb for driven shooting. An adjustable stock or simple comb raiser can transform the shooters view and more importantly, results. When I opened the RBR there was one optics manufacturer that I was very keen to work with. During my years, I’ve been lucky enough to pick and choose my suppliers. I demonstrate what I do and achieve, and leave it to the item to speak for itself. Blaser and Swarovski are two prime examples. When it came to an optic, for rapid target acquisition of a moving target, there was really only one company worth talking to; Aimpoint. Until recently, Aimpoint had mostly been associated with Special Forces, and rightly so. Their main office in the UK is based a stones throw from our countries finest. And it just so happened that they were keen to expand into the hunting market, with two specific offerings’, the Micro and the aptly named Hunter.

Anyone who has seen the Hunters Video series, Wild Boar Fever, will have seen these put to devastating effect by a certain young German fellow! In June last year the RBR got busy! Shooters from around the country made the pilgrimage and it rapidly became apparent that the vast majority were using regular stalking kit in the hope that it would suffice. Before we opened for business we made sure we had the right setup, including a Blaser R8 Professional with a cheek piece, to bring the line of sight bang in line with the Aimpoint Micro H2 mounted atop. The standard Professional stock with the addition of the cheek piece being by far the most functional and tactile of any of the stocks we tried. We did our research. We put in hours of practice and we discovered what worked. Yes, a standard rifle with a standard scope will work. Then again, a £250 side by side will kill pheasants and partridges. But, put that standard £250 side by side against some high, curling January pheasants and it may not give you the day you hoped for.

One of the comments I have heard this year is, ‘the target isn’t fast enough.’ Thankfully, I have fellow coaches in the shotgun world, who have helped put that misconception to bed immediately. The target moves around 30 km/h, that’s pretty quick, although maybe not as quick as the fastest December boar, who has faced the guns and dogs a few times! Match your swing speed to the target and you’ll connect, simple. But that takes practice – see the pattern here? One of the recurring comments that I keep hearing is that a couple of sessions on the boar range saves at least a day on a trip. Think about that for a minute. How many of us would accept a day on Exmoor pheasants without getting some serious practice in beforehand? Thus far, only one manufacturer has really stepped up to the plate to provide a tool for the job; Aimpoint. There are several rifle manufacturers who have almost got it right, most notably Blaser, Merkel and Sauer, along with several others producing beautiful express rifles. However, every single one has needed the addition of a small something to make it just right. This isn’t a criticism, more an observation, but a crucial one.

There is no doubt that the Driven boar market in the UK is a burgeoning one. With luck, the equipment manufacturers will see the requirement for more specific rather than generic kit. There is one thing for sure; we will continue to strive to keep ahead of developments, and provide you with the necessary training and advice to keep you ahead of the game!