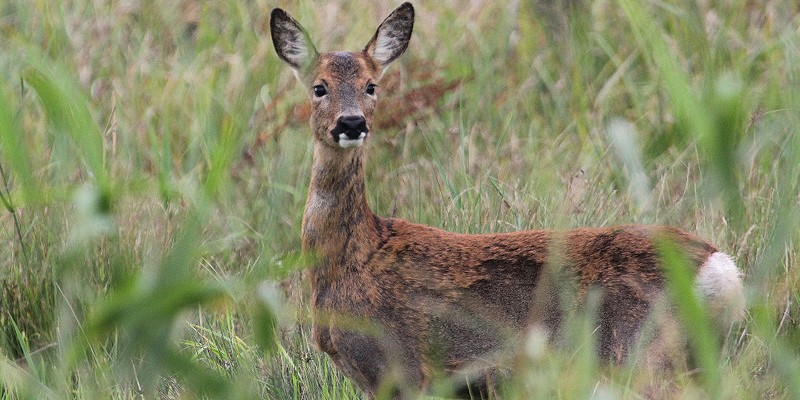 During recent years, firearms ownership in the UK has undergone something of a renaissance, with sporting rifle ownership leading the way and in particular, centrefire rifles for deer stalking. Seldom a week goes by without emails or phone calls asking how and where to start to get into deer stalking? For many years rifle shooting in the UK was considered the poor relation in the world of fieldsports, being either the preserve of the gentry, Stalking stags during the summer months between fishing and waiting for the game shooting season to start in earnest, or the gamekeeper controlling predators or culling hinds in foul weather, to ensure the quality of the herd. During this time the deer population literally exploded, with almost every county throughout the UK now being home to at least one of the six species now present, and often more. All the while, those in the know enjoyed fantastic sport, often providing landowners with valuable crop protection, whilst harvesting the best that nature had to offer. It really was only a matter of time before the secret got out and the popularity of stalking grew. Having shot from a very early age, following the usual progression from air rifles, up through the myriad of shotgun calibres, it was inevitable that rifles would make an appearance at some point in my life, and at the age of 13 the school cadet force made sure of it. However, shooting wasn’t the only sport I enjoyed, with rugby, cricket, squash and golf all vying for my time at some stage. So where does the increasing deer population, the increase in the number of deer stalkers and my own introduction to rifle shooting and other sports, fit in with the title of this piece? Simply put, we are all sportsmen and women.

What is it about the different fieldsports that keeps us keen? Come to think of it, what is it about any sport that keeps us keen? What is the difference between a last minute drop goal in Rugby, a perfectly struck drive in Golf, a high curling pheasant or a successfully placed shot on a Roebuck? If you ask the people pulling off those feats, I warrant it will be the same feeling, the same rush of adrenaline that keeps us all coming back for more. Yet there are differences. The rugby player will spend hours practicing his kicking, the golfer will spend hours practicing their shot making and the best game shots will almost inevitably spend a reasonable amount of time at the clay ground. Why then, does the deer stalker spend so little time practicing? Bringing the question back to fieldsports and shooting in particular. How many game shooters put their guns away at the end of the season, lamenting on past days and the next few months abstinence, until the leaves once again drop and the shotgun is dusted off? Of course there may be the odd charity clay shoot, but by and large a good number of game shooters won’t touch their guns until the first day of the season and just pray to goodness that things go well. In this respect, stalkers are no different. 95% of stalkers in the UK can be classed as recreational deer stalkers, maybe getting out a couple of times a month and perhaps being lucky enough to take 2 -6 animals a year, an animal for the freezer, some venison for friends and family and some fresh air to boot. Of the remaining 5%, around 3.5% will be more like deer managers, controlling numbers and managing populations, maybe venturing out several days per month, most likely taking 10 - 30 animals per year with many going to game dealers. The remaining 1.5% will likely be professional deerstalkers and managers who will genuinely take a large number of animals each year. There is a saying in stalking; “If you’ve never had a shot go wrong, you haven’t shot many deer.” Now obviously we are talking about shooting deer rather than winged game.

Nobody likes to clip birds or pull a leg down, that is why we have pickers up with trained dogs constantly watching for injured birds, and whether we like it or not, it happens. During training courses, we talk about a deer’s reactions to a shot and how to deal with them. When I am stalking with a client I am constantly watching the deer’s reaction to the shot to gauge whether fatal or not. In the UK, deer have no natural predators but that doesn’t mean that their flight response has been dulled in any way and their first and most natural reaction to a threat is to depart the scene rapidly, and until witnessed, the propensity of a deer to survive an injury, that would prove almost instantly fatal to a human being is staggering. Even a fatally wounded animal can sometimes run for some distance before finally expiring, and a good dog, or access to one is essential. From this, we can deduce that the most important aspect of the stalk is shot placement. A knowledge of deer behavior and anatomy is also important, and whilst there is no substitute for experience, training courses such as the Deer Stalking Certificate Level 1, provide a huge amount of knowledge and information, which any stalker should happily undertake.

As a provider I am clearly biased and rather than get sidetracked about its importance, I would add this for comparison. In the UK around 22,000 stalkers have completed the DSC1 at a cost of around £275 - £300 per candidate. Our continental cousins in Germany have the Jagdschein, a far more thorough and in depth test but compulsory if a hunting permit is required. In excess of 1 million hunters have completed the Jagdschein at a cost of several thousand Euros each. What does this tell us about our own approach to training? On almost every course I run I have a broad spectrum of stalkers, all with varying abilities and amounts of knowledge. Not once have I had a candidate, who didn’t learn a great deal from the course, with many ‘long in the tooth’ stalkers, including park managers and fellow professionals being surprised at just how much there is to it. In addition to the training necessary on the continent, they have a desire to practice. With many custom built facilities at the shooters disposal, ranging from outdoor gallery ranges to indoor cinema type venues. Granted, our continental friends shoot game slightly differently to us, with the vast majority being driven, and anyone undertaking fast moving game with a rifle would be mad not to practice. Having said that, shooting driven game whether with a rifle or shotgun is an instinctive reaction, with the eye providing all the information required and the body being fed the information to move and make the shot. Game shooters in particular will be most familiar with this.

How many times has the best shot of the day, the one for which the day is remembered, been the high bird coming out of nowhere and only seen at the last minute? The gun is thrown up, and the bird folds to cheers all around. If that bird had been seen much earlier and watched and thought given to the lead and angles, we all know that the likely result would be very different. The human body is capable of the most extraordinary feats, the kicks in rugby, the shots in golf, how does that happen? Quite simply, practice. Practicing to allow the body to do what it can do. There are sayings in sport such as; “being in the zone” and “getting in your own way” which can be easily applied to shooting. Shooting with a rifle is a very deliberate process, let me put you in a situation: You are moving slowly through some woodland, you spot what looks like the back end of a deer. In a heartbeat your pulse quickens, adrenaline is released into your body and your breathing becomes erratic. You slowly move into a position to observe the deer. Is it the right sex? Is it a safe shot? Where do you need to place the bullet for a clean kill? So many questions. You raise the sticks and place the gun on them, your heart is almost coming out of your chest, your breathing is all over and you’re beginning to shake, you can’t keep the cross hairs steady. Nerves? Buck Fever is what it’s commonly called. What are the chances of making a clean kill? 50/50? So why, as a nation of supposedly keen stalkers, with animal welfare high on our agenda, don’t we practice more? Practicing on live game is not the way to do it, particularly when the majority of stalkers shoot so few deer. In that instance the chances of something going wrong are dramatically increased. It will only be a matter of time before luck runs out.

The sad reality is that there are very few venues for practicing with a rifle, whilst clay grounds spring up in all manner of places, giving shotgun shooters practice facilities, within a short distance of where they live. Again, I am biased. I run a business based on stalking, whether that be the practical side or the theory. This gives me a great insight into what is lacking, both in terms of knowledge and ability. Whilst I am sure there are legions of armchair experts and keyboard warriors out there who profess to know much, (and all with legendary abilities), I am quite certain that in reality, much improvement would be made to an individuals ability, with some well thought out practice and some willingness to improve. How can I be so sure? Because I see it every week; from legendary accurate rifles which have mysteriously shifted zero overnight, a simple inability to shoot from various positions, or just a general unfamiliarity with the chosen kit. Unfortunately, in any sport, practice does not make perfect. There is no such thing, especially in stalking. But there is certainly a way of shortening the odds, and that is through practice and knowledge.

I hope that I have given at least some food for thought, on the importance of practice. And whilst there are no guarantees, relying on luck isn’t enough when it comes to taking the life of an animal as beautiful as a deer – we owe it respect. We owe it to ourselves as sportsmen and women, as well as to our quarry to be as competent as possible, and whether we like it or not that means practicing. With less than two months of the doe season left, stalkers imaginations will soon be turning towards the roe buck season. It’s what most recreational stalkers wait for. Why leave things to chance, when the trophy of a lifetime could be waiting? I will leave you with one last saying; “Amateurs practice until they get it right. Professionals practice until they don't get it wrong.”